When you reach for a knife to cut the potatoes, be sure you’re in the right spiritual frame of mind. Picking up a knife to cut the potatoes is routine enough. But if you’re angry or distracted or guilty because you’re not supposed to be eating potatoes, unless you’re extra careful, you’re more likely to have an accident. Same goes for reaching for a glass of grape juice or holding someone over a ledge as a joke. Regular, everyday routines can turn ugly quick with the wrong frame of mind.

I’m working on thinking positive and staying attentive to the present moment. That’s where the miracles are.

I wanted to call this post “May 21st Definitely Will Not Be Judgment Day.” The only reason I didn’t is because anything could happen on any given day. It could be tomorrow or this Saturday or April 8, 2071 or 10,435 years from now. I’m not prophetic or arrogant enough to claim to know when the Rapture will or won’t happen.

At the same time, I have a problem with the biblical interpretive reasoning that led Harold Camping and others to arrive at this particular date. It’s based on the understanding that the world was created in the year 11,013 BC and Noah’s Flood took place in 4990 BC. People have carefully examined biblical genealogies to arrive at these dates and I respect that effort, but I’m convinced (yes, partially by science) that our planet is well over 13,000 or 14,000 years old. And I’m just not convinced that all humanity except 8 people were literally wiped out 7000 years ago by a flood. The Bible has some things in it that are historically accurate, and some things that aren’t. Faith always plays a role, but responsible scholars still need to search out the difference.

[Can’t spend too much time on this here, but the Noah’s Ark story has been retold in a lot of cultures. The writer of Genesis wasn’t the first one to tell it. For more on that, check out the Pulitzer Prize winning book “God: A Biography” by Jesuit scholar Jack Miles.]

There’s another part to the prophecy that I’m not clear on. The May 21st crowd is saying that the Bible says that a day is like 1000 years and 1000 years is like a day for God. I got that. But they’ve also concluded that the world’s destruction will come “7 days”  (7000 years) after the flood, but I don’t see what they’re basing that on.

The argument for a 5/21/11 Judgment Day centers around the belief that May 21st, 2011 will mark 7000 years since the Noah’s ark account took place. The Bible says the rain began on the “17th day of the 2nd month.” It’s true that any Hebrew Calendar Converter will tell you that the 17th day of Iyar translates to May 21st. But I wonder if these prophets have considered the fact that a complete Hebrew calendar year is 6 minutes and 25 seconds shorter than our Gregorian year, so every 231 years, the Hebrew Calendar falls a day behind the Gregorian calendar and there’s no agreed upon way to account for this. Also, the Hebrew Calendar inserts 7 leap months every 19 years, and we insert a leap day every 4 years. So the 17th of Iyar would have been May 21st in the year 4990 BC, but do they still line up so evenly this year?

I’m  not telling people “don’t believe these wackos,” because at the end of the day, I have no idea when or precisely how the new heaven and new earth will be ushered in.

But I do think it’s fascinating that the people and organizations telling us there are only a few days left are getting some big donations from people who think there’s no reason to store up savings, rent, or tuition beyond next week. And they are definitely accepting them.

You ever butt dialed someone before? You know, your phone is in your pocket or purse, and somehow, you call someone by accident. You didn’t realize you called them. More importantly, you have no idea that they are listening to your current conversation. Friendships have been ruined over this phenomenon. 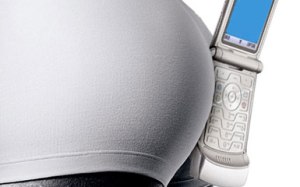 I think we’ve all been guilty of butt dialing God. No matter how much or how little you pray, there are still moments most days where you are living life, times you’re just having a conversation, or losing your temper, or sneaking around trying to get away with something, and you’re not really not praying in those moments.

Except you are. If the person you just butt dialed hears you say something incriminating, you can’t go back later and say you didn’t really mean it. They caught you in a total moment of candor.

Similarly, even though you usually only talk to God with head bowed and eyes closed, anything you say over drinks, in your sleep, or in the heat of passion, God hears that too. And even though it’s kind of like you butt dialed instead of calling intentionally, you’re still making the bed you’ll have to lie in later. You can’t go back and tell God, “that’s not really who I am.”

“Every word is a prayer,
So in life’s small matters
Be greatly aware!”
-SWP